In this episode: FAQ what makes someone a good travel companion?  Destination: Munich Germany, My mistakes: Fashion Fo-Pahs and travel advice for avoiding extra fees for carry-on baggage.

FAQ: In your experience, what makes someone a good travel companion?

Answer: My best travel companions have a sense of humor when things don’t go the way we planned, or we lose our way. Being resilient and making do with the circumstances goes a long way when with another person on the road. Patience and curiosity are two great qualities to carry along, too.

For the Tourist: Two favorite memories of Munich are Oktoberfest (mid Sept-Mid Oct) and Dachau.
The Fest is also called:  Wisen, pronounced “Vizen “ after Therese, one of the originals from a wedding party feast two centuries ago.

Yes, the fest is now 204 years old, and only features beer from Munich. There are 14 very large tents. The most famous one is Schottenhamel because it’s where the mayor taps the first keg and the biggest one is Hofbräu-Festhalle which seats almost 11,000 people.
If the season is not Oktoberfest, you still can visit the Hofbrau House in Munich.

Dachau is a concentration camp about 20 minutes from Munich, where 40,000 people were killed in WW2. Never forget the past kept ringing through my head and heart as I walked through this former prison for unfortunate people from a war torn country.

Off the Beaten Path: Not far from Munich is an area of hills and mountains known as The Black Forest, for its dense evergreen forests and picture-like villages, maybe similar to the Brothers Grimm Fairy Tales. It’s known for spas and cuckoo clocks. In the center of the towns, you may be able to sit and have a drink and do some people watching and just enjoy the setting. Stuttgart and Freiburg are nearby, and you’ll see Gothic architecture and vineyards. A friend that I met in New Zealand, named Ulrich Gembardt, who worked as a reporter for the BBC in  Germany, took me around the area, exploring the Black Forest, where he had a second home. I found the area to be especially delightful and not so well known in the USA. Visit if you can.

Two fashion errors today to report. The first was wearing brand new blue jeans in the pouring rain. My waist, backside and legs turned all blue.
That was a poor plan and took several days to get my skin normal. Wash your new jeans before you go in the rain and become a blue person.
And don’t do what I did and wear new hiking boots on a long trip. Be sure you break them in for at least several weeks before you leave town.

Airlines want to charge you for extras these day. Here’s a tip for you to avoid extra charges at the gate. If the airline makes you shrink down to only one bag, and you’re carrying two, stuff one bag into the other one. If you need to, you can remove the items from the smaller bag and place them in the larger one. Put things in your pockets if you need to, or add another layer of clothing to your outfit and then re-organize once you get on the plane.
Leave a Review:
Did you like this episode? Please leave an honest with your feedback! Also, please subscribe to the podcast on iTunes, to get notified when a new episode gets released. I appreciate your listening to this week’s show. And tune in next week for another great show.
Connect with Mary Beth:
Website
Drmarytravelbest.com
Mary Beth on Twitter
Dr. Mary Travelbest Twitter
Dr. Mary Travelbest Facebook Page
Dr. Mary Travelbest Facebook Group
Dr. Mary Travelbest Instagram

Popular posts from this blog

December 13, 2019
Let's visit Santa Fe, New Mexico as a woman independent traveler. I just did it this month and you can, too. I'll share my travel mistakes and give you tips for travel. I also answer your questions, so go ahead and ask me.

Check out this travel for women episode!

In this episode: FAQ on how to keep food and meal costs low? The destination is Santa Fe, New Mexico, the mistake is almost causing havoc on the road, and travel advice is to travel or not on a holiday?
FAQ: Advice on how to keep food/meal costs low while traveling?
Keeping food costs low is … Club stores: Sam’s, Costco lets you buy in bulk, so if you are in a trip where you can bulk up, do so right away. For example, you may need to get a case of bottled water, especially in a foreign country. You may find that the Club stores have really great pricing on bulk water, other beverages, and even staples like peanut butter and jelly. We get our gas, too, and to save time, get there before it opens.
Go to the back of the groc…
Read more 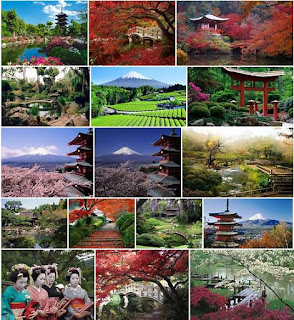 I want to travel independently, does that makes sense? Written by: Lizandra Jimenez Rodriguez
When traveling becomes a great passion, you usually keep a bucket list framed at your desk or in the lock screen of your phone. You never stop planning or deciding when, where, and how to get to the next place. There are tons of ways to travel, however, independent travel has been always a popular one for those seeking adventure, exploring on their own, or simply trying to get away from the traditional and superficial (for some) tourist routine. A myth we need to forget is that independent travel is not all about backpacking in Europe or climbing the Everest; in fact, it can be done in many ways including different levels of budget and luxury. Also, independent travel can be done solo or with an affinity group with a particularly crafted itinerary. This makes it very different from escorted traveling of course. Companies have understood how escorted traveling is not for everyone and today we s…
Read more 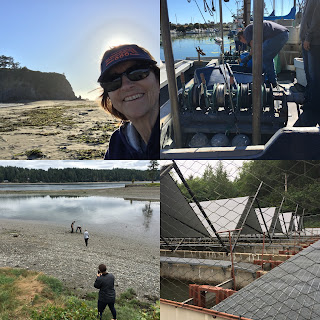 Are you travelling in the great Northwest this year? If you are, what is your favorite activity to do on the road? We just returned from a 4500 mile car trip, the ultimate road trip, really. We went north through all of the US through to Canada and even up into Banff and Jasper National Parks, before going west to Vancouver, then down through Washington and Oregon before returning to San Diego, California.
This image includes some of the activities in Oregon (top two) and Washington (bottom two). The top left is on the beach in Brookings, Mill Beach. A residential area with only about 5 parking spots, so I doubt this will ever be a busy beach. Brookings is just north of the California border on Highway 5. The top right photo, also Brookings, shows a man on a boat called Lady Louise who sells crabs. These are the freshest crabs that I ever tasted. He catches them using traps during the morning, sells them all that day. He offers a fair price and then steams them for you. You will find…
Read more