Showing posts from March, 2021
Show all

March 27, 2021
Show Notes: Dr Mary Travelbest Independent Travel Guide: New York City part 2   In this episode: The FAQ is : What good are frequent flyer miles? The destination is New York City Part 2 and the lesson learned is don’t run out of water and the travel tip is Pack a small bag for “in flight”.   FAQ: What good are frequent flyer miles? Can I donate them?   Answer: They can get you free trips, but you need to work for them a bit. Unused frequent flyer miles can help a cause, so consider donating them. Most airline miles expire after 12-36 months of account inactivity. Some have made an exception during the pandemic. American Airline’s plan allows you to donate as few as 1000 miles. The program is Let Good Take Flight. Hawaiian allows you to donate and often will match your donation. See the show notes for more details and we’ll discuss this more in future episodes.   https://travel.usnews.com/rankings/travel-rewards/airline-rewards/   https://www.investopedia.com/a
Post a Comment
Read more 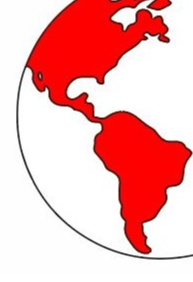 Show Notes: Dr Mary Travelbest Guide:   New York City Part 1   In this episode: The FAQ is : How do I ride the subway? The destination is New York City (Part 1) The lesson learned is: eating Hot Spicy Foods. The tip is: Give wildlife their space, too.   FAQ: How do I ride the subway?   Answer: For those listeners in rural areas, you may have never been exposed to a subway, so this is for you. You’ve seen the movies mostly of people jumping over the turnstiles and not paying the fare. Don’t let those fool you. You need to pay to ride the subway. Seniors usually get discounted fares, so look up that in the city where you are heading in advance. Most city subway systems have an app with the map, so download that. Most subway systems are forgiving, if you forget to get off at your destination, you can get off at the next stop and take the next train back. Some subways, like Washington, DC, or Atlanta, for example, allow you to take your bicycle on the subway at no extra
Post a Comment
Read more

March 27, 2021
Show Notes: Dr Mary Travelbest Special Episode on Sports Travel     In this episode: FAQ: Favorite women’s sports events, and the Special topic is Sports Travel. My lesson learned is forgetting my suitcase and the travel tip is to give yourself the gift of travel.   FAQ: What are my favorite women’s sporting travel events?   Answer: My favorite women’s sporting travel events are high school women’s sports. I enjoy watching the spirit of young women who are in adult size bodies with strength that they never knew they had. They achieve on the field in competition with peers and against rivals from other locations. Some of my favorite travel days have been spent in the bleachers watching a women’s softball game or water polo team compete for the sake of doing their best and leaving it all on the field or pool in competition.   Today’s Special Episode is Sports Travel.   My favorite baseball stadiums include most of the big-league National and American League basebal
Post a Comment
Read more 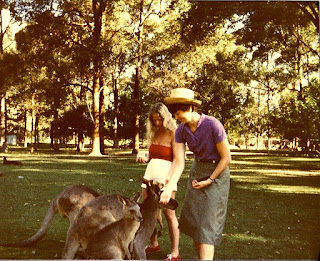 Show Notes for Independent Travel Destination: Sydney, Australia   Pictured: Dr Travelbest feeding kangaroos in Australia. FAQ is How can I travel by myself? I’ve never done that before. The destination is Sydney Australia The lesson learned is carry all in one trip, and the tip is celebrate the holidays of where you are, not where you’re from.   FAQ: How can I travel by myself? I’ve never done that before Answer: Look to the Bible for the answer: 2 nd Corinthians 12:10: When I am weak, then I am strong. For my power is made perfect in weakness. Our own abilities prove inadequate. However, if you look at this as an opportunity, you will be pleased. Another quote from 2 nd Corinthians 5: 16-18 says “Old things have passed away, behold they have become new.” So new adventures will replace the old ways. Good luck in your future travels and new experiences, with God as your companion.   Today’s Independent Destination- Sydney, Australia   I spent about a dozen day
Post a Comment
Read more

March 26, 2021
In this episode: The FAQ is: on being single and traveling: The destination is New Zealand, North Island. The lesson learned is: losing jewelry while traveling and the tip is: be willing to pause and be safe in travel. Check out this episode!
Post a Comment
Read more 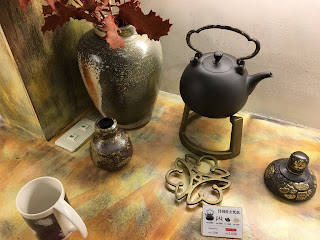 Dr Travelbest helps women travel, one at a time. In this episode: The FAQ is:  What kinds of women travel the world? The destination is Taiwan 2021 The lesson learned is: Shop at the END of your trip, not at the start. The tip is: Paper money and coins from foreign countries make good memories and can be shared. Check out this episode!
Post a Comment
Read more

March 12, 2021
The FAQ is: How do those from other nations view American travelers? The destination is New Zealand, South Island. The lesson learned is: getting ripped of while traveling. and the tip is to listen to other podcasts about travel, besides this one from Dr Mary Travelbest, of course. Check out this episode!
1 comment
Read more

March 05, 2021
For women who want to travel independently. One woman at a time. In this episode: FAQ is How far in advance should I book my travel? The destination is North Dakota. The lesson learned is carry a flashlight and the tip is how to stay awake while driving. Check out this episode!
Post a Comment
Read more
More posts